Communication Is Now Possible Simply By Thinking It

Smartstones in collaboration with PathPoint introduce the first sensorial communication platform allowing any sensory iOT device to become a communication device; communication is now possible simply by thinking it.

Today, Smartstones® and PathPoint, unveil their collaboration as Smartstones introduces a major breakthrough in the world of assistive communication technology.

In collaboration with this technology, Smartstones has joined forces with PathPoint, a nonprofit organization that strives to empower individuals with developmental, psychiatric, and physical disabilities in five counties throughout California. 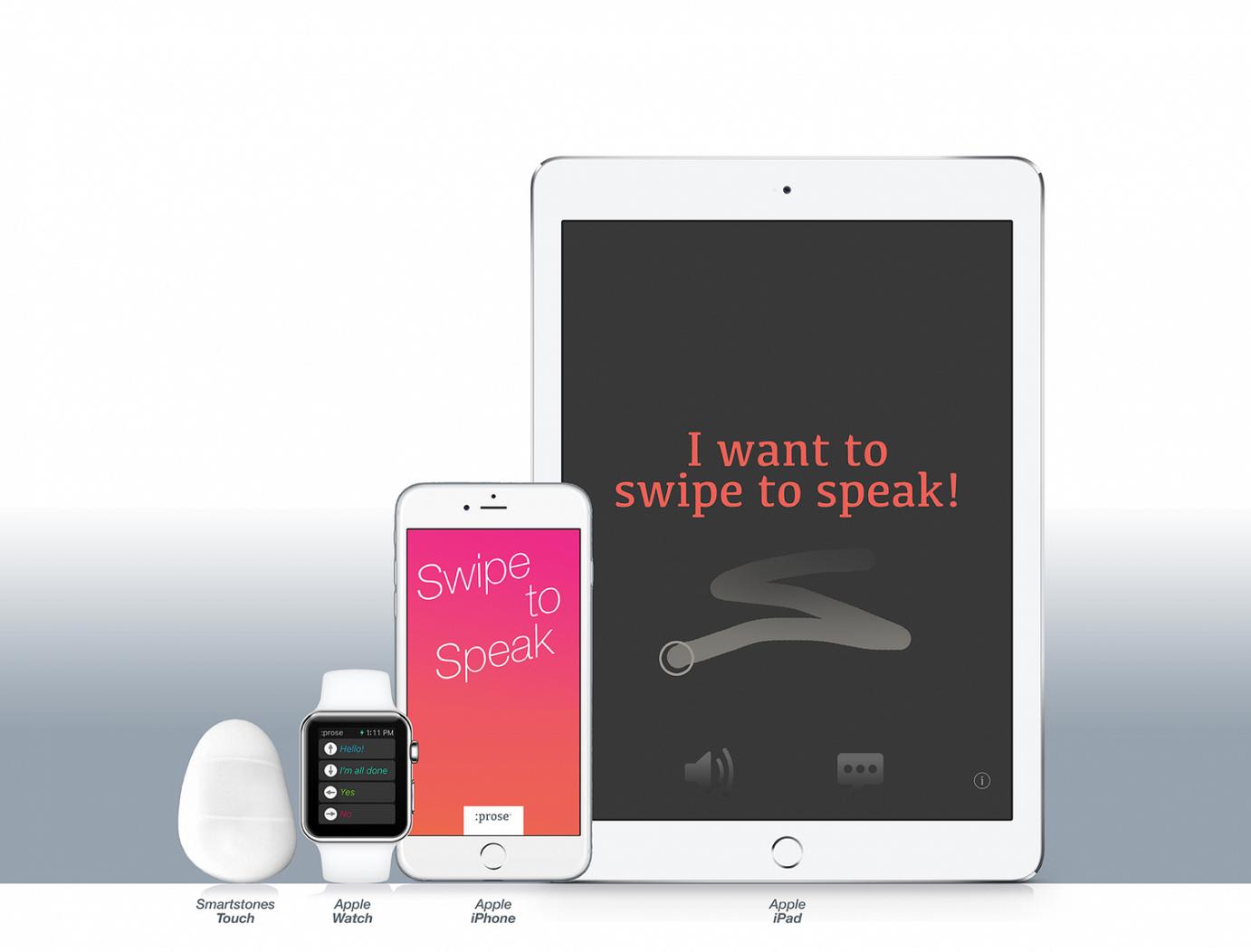 s with severe developmental disabilities have been able to use brainwave commands to communicate, while connected to the Emotive EEG headset.

PathPoint South Santa Barbara’s Vice President, Seth Miller shares: “Seeing the expression on our participants face when she was able to say a word for the first time just by thinking, was a moment I will never forget.”

These commands have produced a form of communication that was once never thought possible – allowing the participants to communicate their thoughts with just a smile, frown or nod of the head.

Founder and CEO of Smartstones, Andreas Forsland shares: “Communication is the most important part of the human experience and we want to ensure every person has the ability to express their most basic needs.”

This is exactly what :prose does.

Here’s what happens. :prose translates sensor data such as touch, motion and now thought gestures, into spoken phrases. The integration of EEG technology enables :prose to expand its reach to those who may find touch gestures difficult to perform reliably.

The Impact of Smartstones :prose "People have been trying to use neural devices to communicate for decades,” shares Gil Trevino, Lead Direct Support Professional at PathPoint, Santa Barbara. “I'm happy to report that Smartstones has achieved this.”

Trevino continued sharing: “Because of :prose’s cutting edge in assistive technology, for the first time we were able to see a neural device empower communication for a nonverbal individual.”

“One of our participants now can communicate by using mental commands. Within minutes she was speaking several phrases aloud, compared to years of training with other technologies! This advancement has allowed someone who once was non-verbal communicator, the ability to communicate her thoughts, feelings and answers in a way she never has before!”

In collaboration with these efforts, Nuri Djavit, EMOTIV Chief Marketing Officer shares: “Emotiv is incredibly proud to be involved in the Prose program and to be providing the wearable EEG component. From the start our mission has been to advance our understanding of the human brain and to find ways to improve the human condition – especially for those facing adversity.”

Smartstones and PathPoint are thrilled to continue their collaboration and to empower communication outlets to those who need it most.

See the impact of :prose here.

Smartstones, Inc is a sensory communication company. It’s core product, :prose, is an app that converts sensor data into communication that can be distributed over the internet or spoken aloud. It’s flagship sensory device, Smartstones Touch, is a handheld gesture recognition device that remotely communicates with apps running on mobile devices, and acts as an intuitive controller for :prose.

Forsland was inspired to create a simple, natural way for loved ones to communicate and send moral support for his mother, when she was placed on life support for weeks in the ICU, unable to move or speak. Smartstones was founded in 2013. Facebook // @Smartstones_inc.

PathPoint is a non-profit organization founded in 1964 in Santa Barbara, California to assist people with disabilities and disadvantages in attaining independent living and reaching their fullest potential. Celebrating 52 years in 2016, PathPoint’s mission is “Learning. Living. Building Communities Since 1964” Thanks to PathPoint’s programs, over 2,100 people in California each year are supported in their steps to live productive, independent lives within the five counties of San Luis Obispo, Santa Barbara, Ventura, Los Angeles, and Kern. PathPoint collaborates with over 400 employment partners, corporate contributors, and public funders for program services, and foundation and grant gifts to facilitate its services.