PathPoint’s Board of Directors, Management Team, and staff would like to thank you, our family members and friends, for your dedicated support of PathPoint.

Harry Bruell, CEO/President, has led PathPoint since 2017 and has been a leader in the nonprofit sector for nearly 30 years. PathPoint annually supports over 2,800 people with disabilities, people with mental health diagnoses, in living the life they choose with employment, residential and community integration programs in five counties — Kern, Los Angeles, San Luis Obispo, Santa Barbara, and Ventura. He is responsible for an annual budget of $28 million and nearly 500 staff members. Harry's dedication to PathPoint’s mission comes from a deep personal understanding of some of the challenges faced by PathPoint's clients and their families. The California Department of Developmental Services selected Harry to be a member of the System and Fiscal Reform Workgroup and he previously served on the DS Task Force Rates Workgroup. In 2019 the California Disability Services Association elected Harry to serve on its Board of Directors. Harry is also an active member of the Los Angeles Coalition of Service Providers. Prior to joining PathPoint, Harry served for 26 years in the conservation corps field, including 13 years as President and CEO of Conservation Legacy, a national agency based in Colorado. Conservation Legacy increased its annual revenue from less than $1 million to over $20 million during Harry’s tenure and started numerous new programs across more than 45 states. Harry co-founded the national Public Lands Service Coalition and the Partnership for the 21st Century Conservation Service Corps (21CSC).  In 2011, the Secretary of the Interior Ken Salazar appointed Harry as Chair of the 21CSC Federal Advisory Committee.  He graduated with honors from Rice University with a degree in civil/environmental engineering.

Karen Moore holds the role of Executive Director, Developmental Disabilities Services, overseeing program services in five counties. Previously, she served as Vice President of North Central Coast, including North Santa Barbara County and San Luis Obispo County. With over 25 years of experience working with PathPoint, Karen understands the vital message and impact we are making in the community. Pairing her degree in Disability Studies with her experience, Karen is a strong contributor towards our mission and progress. Karen also brings a person-centered approach to her work. She has been a mentor-trainer for Person Centered Practices with the Learning Community since 2011. Person-centered leadership, implemented in tandem with our services, impacts not only the people PathPoint supports, but the community at large. Karen is a volunteer with the American Red Cross, teaching community classes in CPR, First Aid and Disaster Preparedness since 1999.

Jennifer is a Licensed MFT and has worked at PathPoint since 1986. Jennifer has accomplished many firsts for PathPoint, initiating major programs, such as Supportive Services in 1995, the County’s first mobile team providing housing assistance for individuals with severe and persistent mental illness, and establishing the first client-run residence with Housing Authority of City of Santa Barbara funding. In 2001 she began consulting on the Supportive Housing Initiative Acts grant awarded to PathPoint as part of a multi-agency collaborative program. Jennifer supervises a staff of coordinators, instructors, coaches, and assistants. Many are long-term employees of 25 years or more. Collectively the combined years of experience equals over 160 years! In 2002, the Division received the Santa Barbara Mental Health Association’s Mental Health Matters award for excellence in community service. The Nonprofit Support Center awarded the Division its Santa Barbara County Leadership in Action award in 2008. And in 2010 the Behavioral Health Division was recognized as Community Partner of the Year by HACSB.

VP of Technology and Infrastructure

Curt is responsible for the technology and physical infrastructure for the organization that spans 24 properties and 18 networked sites, over seven division sites in five counties. Curt joined PathPoint in 1994 and has held a variety of positions supporting participants, including: Direct Support Professional, Community Access Program Instructor, Job Coach, Individual Supported Employment Coordinator, and External Situational Assessment Coordinator. He later became the first full-time IT staff person for PathPoint and transitioned to Manager of Information Systems and IT Director. He was promoted to Vice President in 2017. His service to the community also includes serving on the Board of Directors of the Santa Barbara Marine Mammal Center, 1994-2015. Curt has a degree in Computer Science from Butler County Community College and a degree in Psychology from the University of Hawaii at Manoa where he studied language and cognition in dolphins.

April holds the role of Vice President of North Central Coast, including North Santa Barbara County and San Luis Obispo County. She joined PathPoint in 2019 after an extensive career with the YMCA, holding the titles of Chief Operations Officer, San Luis Obispo County YMCA; Chief Executive Officer, YMCA of San Joaquin County; and Senior Executive Director and Executive Director of the Valley of the Sun YMCA. April holds a Bachelor’s degree in Business Management from the University of Phoenix and is a recent graduate of Leadership San Luis Obispo, Class XXVII.

Lauren joined PathPoint in 2014 and oversees key strategic projects across the organization, developing best practices, processes, and policies to ensure alignment with the organization's strategies and goals. Lauren holds a Bachelor of Arts Degree in Sociology with a minor in Applied Psychology from the University of California, Santa Barbara. Lauren serves on the Board of Directors of the Kiwanis Club of Santa Barbara and is the Advisor for the Aktion Club of Santa Barbara, a service club for adults with disabilities; and regularly volunteers in her local community.

Mark joined PathPoint in 2019 to oversee nearly 500 full-time and part-time staff operating in 24 sites across five counties.  His prior experience includes more than 24 years at three organizations based in Virginia where he held senior human resources positions, including the role of Vice President, at the University of Virginia Community Credit Union, Wintergreen Resort, and Crutchfield Corporation. Mark received his undergraduate degree from Virginia Polytechnic Institute and holds a number of certifications from the Society of Human Resource Management.  He is active in the local community, including serving on the Human Resources Committee of the Boys and Girls Club of Santa Barbara.

Tasha Addison has worked at PathPoint since 2007 and holds the position of Vice President of South Santa Barbara County. She began her career at PathPoint as Lead Direct Support Professional working directly with people with developmental disabilities and then served as Program Coordinator for licensed day programs for 10 years.  Most recently, she was the Office Manager/ Human Resources Assistant for the Santa Barbara division, maintaining program budgets, optimizing resources, and supporting teams.  Tasha is a lifelong advocate for the disability community. With her initial experience with volunteering for Special Olympics and Iowa nonprofit New Hope Village as a teenager, her career in the non-profit sector began in 2003 supporting youth with developmental disabilities and brain injuries at agencies in the Des Moines, Iowa area.

Maria joined PathPoint in 2006 after working for the Los Angeles Unified School District. Starting with PathPoint's Supported Employment services, she rose up the managerial ladder and was promoted to several PathPoint leadership positions. As former Director of Program Services, she oversaw Long Beach services, Residential services, and the Pathfinder program in Chatsworth, a unique behavioral program for individuals who are transitioning out of the State’s development centers. She earned a Bachelor of Arts in Child Development from California State University Northridge and has served as a Member of the Work Investment Board in Cerritos since 2011.

Kim Whitaker leads the Ventura County Division and has 30+ years of experience at PathPoint.  Most recently, she was Director of Program Services before her promotion to Vice President in 2018.  Her career has been dedicated to supporting children and adults with disabilities.  Kim joined PathPoint as an instructor in the Day Training and Activity and Community Independent Living programs, and has held management positions in Employment Services and Youth Employment.  She is a certified instructor in CPR, Professional Assault Crisis Training and the Work Readiness Certificate Program.  Kim holds a degree in Psychology from the University of California, Santa Barbara.   Her service to the community includes volunteering with Camarillo Hospice as a bereavement group facilitator.

Shawn joined PathPoint in 2015 and is responsible for the quality, effectiveness, and efficiency of all services offered by PathPoint's Kern County Division.  His experience managing programs for adults with development disabilities includes serving as Program Manager at Bakersfield ARC, 2011-2015.  At Clinica Sierra Vista, Shawn supervised case managers connecting community resources to families of southeast Bakersfield, 2003-2007.  He holds a Bachelor of Science in Health Care Management from Florida Agricultural and Mechanical University, and earned a master's degree in Public Administration from California State University, Bakersfield.  Shawn volunteers as a coach with Special Olympics Southern California.

Matthew holds the role of Director of Finance. Matthew began his career in PathPoint’s billing department in 2018 and was subsequently promoted to his current role. He holds a Bachelor’s Degree from UC San Diego in Economics with a minor in Health Care/Social Issues. Matthew is a firm believer in providing accessible and meaningful services and strives to ensure the sustainability of the organization. Matthew’s oversees all finance functions, including budgeting, financial analysis, accounts payable and receivable, audit, and taxes.

Here in Community Engagement, we believe in learning, living and building communities. PathPoint staff connect with our local partners through PR, fundraising and other development efforts. 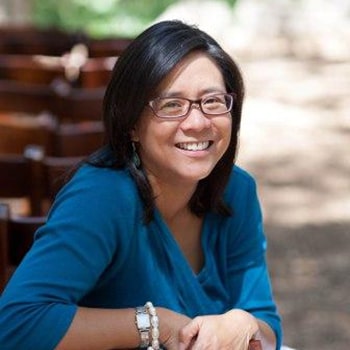